Let’s dig into it!

Questioning the definition of “multitasking”

There are several definitions of this word. For the purpose of this article, we bring you two:

Now that we all understand the definition, let’s see how it works in practice. It will help us determining does multitasking really exist.

Before we get any deeper into the topic, let’s first differentiate between computer and human multitasking. Obviously, we are all aware of the fact computer one exists. How else would you be able to edit a document while listening to music and conversing on an instant messenger?

Nonetheless, human multitasking is a bit of a mystery! Some can do it, some can’t, some brag out it while others think it’s fake.

Some people deem “multitasking” as an inability to focus and execute only one task.

This would then mean that people who “multitask” aren’t heroes, but creatures who escape from responsibility and cloak it as multitasking.

They consider multitaskers waste valuable time switching between tasks because it always takes humans a few moments to remember what they were doing previously.

So, instead of following through with one single task, the person jumps between tasks and has to spend snippets of time scanning the task requirements and remember where they’ve left off in order to continue.

There are a lot of articles and studies on this particular topic and many scientists and authors concluded that human multitasking is a myth. They believe there is no such thing as multitasking, but rapidly switching between tasks.

Those who don’t believe in it say that even the most used example of human multitasking, driving, isn’t really correct.

For example, when you need to switch gears, you have to move your foot off the gas pedal, press the clutch, and after you’ve done so, you can switch gears. It doesn’t actually happen simultaneously, even though we might think that is the case.

The researchers also warn us that low-level functions of the body like breathing is not a task because we don’t have to think about it. Multitasking should only refer to high-level thinking tasks, things you need to do consciously. 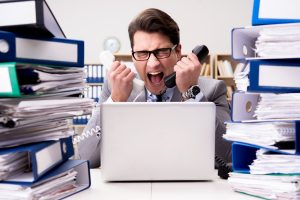 What does it mean in the job search?

If the above is true, a lot of companies need to look into the requirements and see do they really need a multitasker or a person who is able to quickly switch between tasks while remaining focused.

On the other hand, we have believers in multitasking. These are usually people who think of themselves as multitaskers.

They argue that humans are designed to manage multiple things simultaneously. However, they often think of a combination of the above-mentioned low-level functions of the body, like breathing, blood pumping, and swallowing while performing a high-level task.

For instance, they are sitting in the office, reading emails, listening to music, breathing, and their heart is pumping blood. They consider this to be multitasking.

But, is that really the case? Are humans able to focus on responding to an important email while being focused on the music they are listening to? Some might be able to and maybe that’s precisely why there are believers in multitasking!

For more interesting topics about the work environment, job search, and career in general browse our Blog page.

close
close
Start typing to see posts you are looking for.